Rethinking Loyalty.  A paradigm shift in the making. (Part 1)

Hotels are always looking for new ways to loyalize their guests and what has worked in the past is not necessarily going to work in the future. Big chains have large-scale and long established loyalty programs to rely on but what about small/medium chains? A radical rethinking needs to happen. 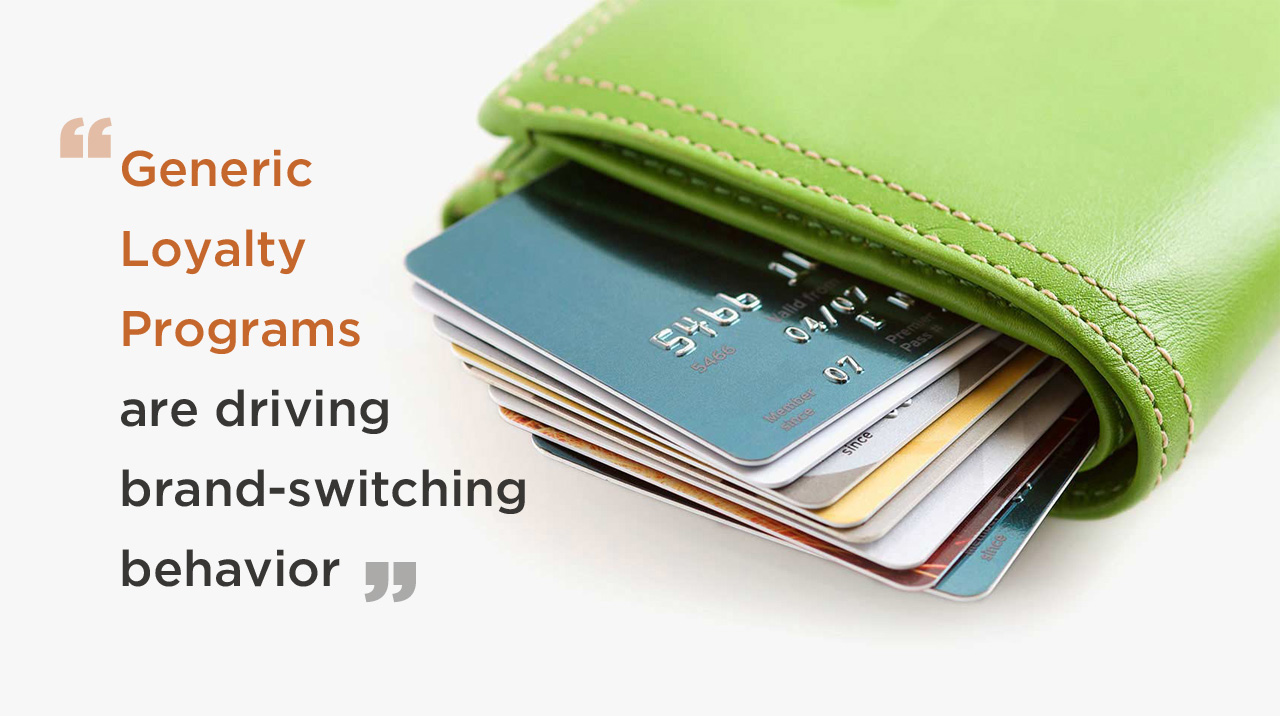 1. Where did the loyalty concept come from?

The early predecessors of today’s loyalty concept are believed to have come from the “premium marketing” strategies of American retailers in the late 18th century. They used copper tokens that could be later redeemed for products on future purchases. In the following century these coins were replaced by traded stamps (the prime examples were S&H Green Stamps in the US and Green Shield stamps in the UK) and the redemption schemes kept evolving, coming closer to the concept of loyalty programs as we know it today.

The first noteworthy full-scale loyalty program of the modern era was AAdvantage – a frequent flyer program, created by American Airlines in May 1981; which is claimed to have more than 66 million members today. This is regarded as the birthplace of today’s widely adopted practices like mileage-based redemption scheme, ‘free’ tickets, ‘free’ upgrades, companion offers, etc.

The program proved an immediate success that made it swiftly duplicated by other airlines and also caught the attention of hotel marketers. It was Holiday Inn (now IHG) and Marriott that were first to market, who adapted the concept of airline mileage to the hospitality industry in 1983. In the early days, these hotel loyalty programs aligned themselves with airlines’ paradigm, offering free airline tickets as a core selling point, along with free hotel stays and free rental cars. This approach worked at that time, especially to the pioneers, who had the first-mover advantage.

Since its birth, loyalty marketing is becoming more & more popular and accounts for a multi-billion dollar revenue stream for the travel industry, as measured in terms of total number of enrollments.

But it’s been over 40 years since AA launched their program and the landscape has drastically changed. The saturation of traditional loyalty programs in the market as well as radical changes in guest behavior and expectations has triggered a complete rethink concerning loyalty. Today, hoteliers should sit down and ask themselves: (1) Whether the current loyalty practices still serve their original purposes. If the answer is no, (2) What should the new approach be to create more genuine customer loyalty?

In the rest of this article, we are going to examine the first question. And for the 2nd one, we’re going to release another article exploring the topic, so stay tuned.

Benefits from today’s ‘points-for-rewards membership programs’, of which the pace of evolution is relatively slow, have become mundane, universal and are having difficulties fulfilling customer expectations. Without effective differentiation strategies, the chance is that this universal loyalty approach can actually destroy loyalty programs for a specific hotel brand.

It’s critical to accept the fact that guest loyalty is often weak; given the fact that most travelers have more than one hotel membership card in their wallets. Even though they do have preferred brands, the wallet share of preferred brands is low. According to a survey by Deloitte, of 4000 travelers, who are all members of some hotel loyalty programs, only one out of four hotel guests allocate more than 75% of their share of wallet to their “preferred” brand. Even high frequency travelers only spend 58% of their spend with their preferred brand and 65% report having stayed with two or more brands in the past six months. The conclusion is that hotel loyalty program members are hardly loyal to their preferred brand and even worse such “undifferentiated” loyalty programs drive undesirable brand-switching behavior.

Adding an extra layer to the vulnerability of today’s guest loyalty is the huge wealth of information that is available to today’s travelers. Through new technology tools and also through OTAs, people are now able to access everything from prices to customer reviews, more easily than ever before. Thus, the number of the alternatives they are exposed to becomes larger and larger. The perks from traditional hotel loyalty programs, in most cases, are having difficulties cutting through the noise and influencing customers’ purchase decisions.

It’s not fair to completely refute the current concept of loyalty programs. Though as a matter of fact, this prevailing approach, in most cases, makes sense to a few industry heavyweights rather than the majority of hotels. Accor has just pledged to spend $255 million on its new loyalty program and Marriott just launched their “Marriott Bonvoy” – the rebranded version of the successful Starwood Preferred Guest. Just to name a few. What are the most fundamental and common factors that makes these programs successful? First, their large numbers of properties in a great variety of locations. Second, their ability to integrate with all of the major brands across the travel industry (airlines, rental cars, etc.).  And thanks to those, their point-based offerings are alluring enough to incentivise guests and influence their purchase decision making.

So does this mean that loyalty marketing can only be played by the mega brands? No, of course not. The good news is that the financial benefits from point-based rewards programs are not the only thing that matters to guests. Many sources of customer feedback, as well as research from Deloitte, Marriott, etc. shows that hotel guests, including high frequency travelers, rated experience more important than traditional rewards.

What are these findings telling us?

First, building guest loyalty or emotional brand attachment is not simply about implementing a loyalty program. Hotel companies, especially small and medium chains, should adopt a much wider view of the concept of loyalty.

Second, the opportunities for small and medium sized brands should be focused on: a) how they make the loyalty rewards more personalized, and more importantly, going beyond the loyalty schemes; b) how they can turn their guests’ experience, across their entire journey, into implicit loyalty. In other words, focus on making their guests want to come back and be loyal because of their past hotel experiences.

So what should small/medium size hotel brands do? In a nutshell, focus on Guest Data. Know your guest.  In order to make that happen, hotels need an innovative technology that can bring it all together in one spot. That’s why, HotelAppz, a next gen CRM, collects guest data from multiple sources and then uses it to personalize the guest experience and drive proactive and targeted guest marketing. It’s this holistic approach to digital guest relations that can really increase guest loyalty.

And don’t forget to check out the 2nd part of this discussion that will be released soon.

Coming up in the next article:

Why is Integration a win-win-win for Hotels, Tech Vendors & Guests?

The Integration of Opera Hotel Management System with...

Good hotel guest communication is fundamental in these tough times

As the Coronavirus continues to propagate, we are...